This isn't your humdrum Broadway import. Winner of the Pulitzer Prize for Drama in 1976 and nine Tony Awards, there's something special about the raw, affecting quality of A Chorus Line, a show about real, very ordinary people wanting to make it big on stage. Anyone who has had to stand in a line for an audition and subject themselves to scrutiny would definitely find memories flooding back.

This slick Australian revival, directed and choreographed by original 1975 cast member Baayork Lee, gains momentum from the great energy of the ensemble cast. There are no less than nineteen main characters but in just over two hours, we manage to get a glimpse into each one of them: the shy girl from the suburbs who wants a taste of the big Apple, the woman who turns to dancing because the beautiful, unvarnished world of the ballet is a welcome change from her family life and the Puerto Rican boy whose career in drag helps him finally come to terms with his sexuality and being a man. 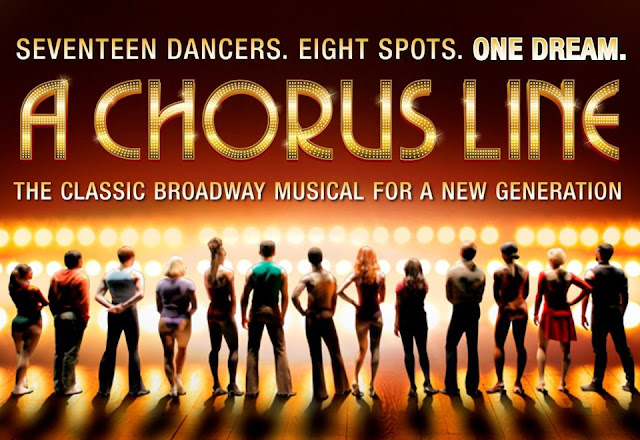 A Chorus Line features beautifully choreographed dance sequences. Unlike the lavish, showstopping sets that were practically de rigueur in the Eighties and Nineties (think Andrew Lloyd Webber), the action takes place on a bare stage. The only effect that is used is the back wall revolving at certain moments to reveal mirrors, suggesting the innate theatricality of a performer on a stage. This effect was particularly well done in the soulful "At the Ballet" and passionate "The Music and the Mirror".

The ensemble, a mix of seasoned performers and fresh faces, do a very good job with stand-out performances by Anita Louise Combie as the desperate, out-of-work Cassie, Deborah Kirzak as a regal Sheila and Karlee Misipeka as the spunky, honest Diana. A particular strength of A Chorus Line is that instead of the pedestrian, "good" and "bad" types that so often feature in your standard musical, we sense real emotions and shades of grey behind these characters.

As the cast finally appear in identical gold costumes for the catchy finale number "One" (also their curtain call), one truly feels that one has gone through an intense, soul-searching process like them and cannot help but clap along. A singular sensation indeed!