Gemuk Girls begins with a speech. A long, slightly rambling soliloquy by a photographer called Marzuki who describes being arrested by the police in the middle of the night in front of his family. He is chatty and earnest, even jokey, as he tells us how he was accused of being a communist and a socialist with an agenda against the government. As he lies down in his solitary prison cell, the only sound ringing in his ears is of his daughter Kartini counting to a hundred as he is handcuffed, thinking her father is just playing a game and that when she finishes counting, he will be back. It is a speech that paints a masterful portrait of one man's anguish, desolation and tenacity in the face of adversity, a speech that brilliantly catapults us into this most visceral of plays.

Haresh Sharma's critically-acclaimed play about political detention under the Internal Security Act first premiered in 2008, presenting us with an image of Singapore where citizens believed in standing up for their beliefs and being true to their ideals. Just three years on, Sharma's script is revealed to be not only powerful but indeed prescient. We have just witnessed a landmark general election where, more than ever before, ordinary citizens have unambiguously voiced their feelings against the ruling party and campaigned for change. Furthermore, Malaysia has just passed a law to abolish its own ISA, recognizing the unfairness of incarceration without trial. A revival could not be better timed. 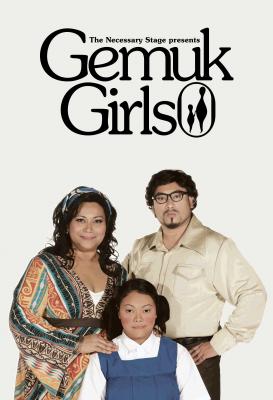 Gemuk Girls is another of TNS' plays with a strong humanist slant. It focuses on contemporary issues facing society and the action is driven by just two or three characters. Stripped of rhetoric and flourish, acting forms the very heart of this play. Najib Soiman's Marzuki, who never leaves the stage, exerts a powerful presence throughout. Najib excels in quiet understatement and this is especially manifest in the hugely affecting scene when he believes he is about to be released from prison. As he is made to sign a confession for a crime he never did, he stares at his hand in a piercing manner, then forces himself to smile at his waiting wife and return once more to his cell. Only then does he cry. It a scene that could so easily have been overplayed, but Najib does it with a quiet dignity that shatters the soul. I was reminded of Derek Jacobi's matchless Lear who whispers in the storm scenes, highlighting that the raging tempest outside is nothing compared to the storm in his mind.

Alin Mosbit (a grown-up Kartini) and Siti Khalijah (Juliana, her high-flying daughter on the cusp on entering local politics) - the play's eponymous Gemuk Girls - display excellent chemistry and are a pleasure to watch. Alin is perfectly competent in her comic scenes but once feels that she is somehow too comfortable in her role, never quite rising to match the emotional weight of the others in the more poignant moments. Siti, on the other hand, turns in one of the most impressive performances I have seen this year - effortlessly switching between three languages, moving from sardonic witticisms to rousing passion and imitating the staccato retorts of "gahmen" cronies with a deliciously authentic air.

Another strength of Gemuk Girls is that it never lets one emotion overwhelm the others and the script adroitly interpolates the comedy and tragedy. After Marzuki's powerful opening monologue, the amusing banter between Kartini and Juliana is infectious and the two actresses do a great job of bringing in the laughs. Alin in particular delivers the play's many comic quips with panache: "The average Chinese woman is a mother at 40. The average Malay woman - a grandmother."

Sharma's deceptively simple title reminds us of the importance of roles and their capacity in shaping an individual. Forty-odd years down the road, Kartini is a confident middle-aged woman, adamant on her identity as a vivacious Gemuk Girl. Perhaps as a result of the childhood trauma of having a father who disappeared and never returned from prison, she revolts against all conventional values - mocking fellow members of her Malay-Muslim community, marrying a man whom she seems to ignore and denouncing her own mother as a "vampire bitch". She relishes in this role she has created for herself, all the while ignoring her more important role as the daughter of a political detainee, a part of her history she chooses to obliterate completely.

The essential contradictions that shape both Kartini and Juliana are triggered off when they find out that Marzuki has died after a lifetime of incarceration. The play then veers off into two separate scenarios, each set three years later. In the first, Kartini is coolly unaffected by her father's demise, ploughing on in her lucrative halal health foods business while Juliana is an activist desperate to exonerate her grandfather and makes a rousing speech to champion the abolishment of the ISA. In another parallel scene, we see Kartini as a sombre, homely gardener who is distanced from her politically ambitious daughter who has now become an MP with a newfound conservatism and religiosity.

It seems to be difficult to square the circle - are these really the same people? The way I see it, they are both. Kartini's initial callousness and material concerns give way to a genuine sense of affection and nostalgia for her father and a bitter acceptance that her fellow Gemuk Girl daughter now moves in a different trajectory. Even visually, Kartini appears fatter and more whimsical in her gestures while Juliana is seemingly slimmer and more precise, highlighting the gulf that has developed between them. Juliana's early activism may have finally given way to serving the country as a dedicated, orthodox politician and quietly effecting change from within. Sharma also offers us some closure; in separate dream-like sequences, Marzuki reaches through to both these women and they each have their private audience with him. Even as Juliana reaches the zenith of her career in a future scenario as Singapore's first Malay PM who finally brings about the abolishment of the ISA, Kartini is revealed to be a shrunken old lady smoking opium alone, presumably estranged from her daughter. Political recognition has finally arrived, but only at the expense of personal ties.

True to a traditional black box staging, Gemuk Girls is minimalist and stark. Set designer Vincent Lim has come up with large wooden platforms that can been rolled back and forth and locked in place and this simple feature conjures up a world that is both transcient and immutable. Sometimes they provide a platform for the actors to march up and down on. At other times, the actors lie beneath them: they become a quiet resting point where the actors can hide away from the world. The way the platforms are used also cleverly suggests an interdependence between the characters; the image of Marzuki physically putting the boards in place for the other two actors echoes how the memories of his imprisonment exert a hold upon their daily lives, even many years later.

The multimedia design deserves a special mention. In a play that features long chunks of Malay dialogue that can be hard to follow, the surtitling was presented in a highly original manner. At times, it appears in traditional horizontal lines on a side wall. Yet, as Marzuki becomes more agitated and worked up in his prison cell, the text itself grows unruly and jagged. In an especially arresting sequence, the surtitles blended into each other in a dizzying pastiche, with a giant image of Marzuki's face superimposed on the background so that we could see him speaking even as his words swirled around the screen. It was a masterstroke of visual presentation, showing a man quite literally swallowed up by his thoughts.

It has been a monumental year for local politics and Gemuk Girls brings it to a fitting end, reminding us of all we have achieved as a nation and the distance we have yet to traverse to be, as Juliana declares, "truly independent".  TNS has given us a play to be proud of and as they blaze into their twenty-fifth anniversary celebrations, we can only wish for more instances of local theatre that are just as incisive, illuminating and incandescent.