(Table Manners, Living Together and Round and Round the Garden)
by Alan Ayckbourn
The Old Vic, London


I don't recall ever having laughed so much and so frequently as I did during Matthew Warchus's superb revival of The Norman Conquests by Alan Ayckbourn. A true comic masterpiece, this trilogy of plays explores the events of a disastrous summer weekend in a country house in rural Sussex. Each play is set in a different part of the house (the dining-room in Table Manners, the sitting-room in Living Together and the garden in Round and Round the Garden) and the beauty of Ayckbourn's writing is such that each play tells a complete story on its own but yet interweaves with the events in the other two plays so that they can be seen in any order without affecting the plot. Indeed, watching all three plays and slowly piecing together the amusing storylines is a theatre experience that is well within the realms of the sublime.

Part of the delighful experience of this production is watching it staged in the completely revamped Old Vic auditorium. The traditional proscenium arch theatre has been stunningly transformed into a theatre-in-the-round where the audience is seated on all four sides of a circular stage. This configuration, like Ayckbourn's own Stephen Joseph Theatre in Scarborough, works particularly well. Seeing fellow audience members on your right, left and front at all times gives you the sense of participating in a joint intimate activity where everyone can witness the action from a slightly different angle. As Ayckbourn himself declares, this creates a fluency and a truly actor-controlled medium where almost every bit of stage space can be utilised. 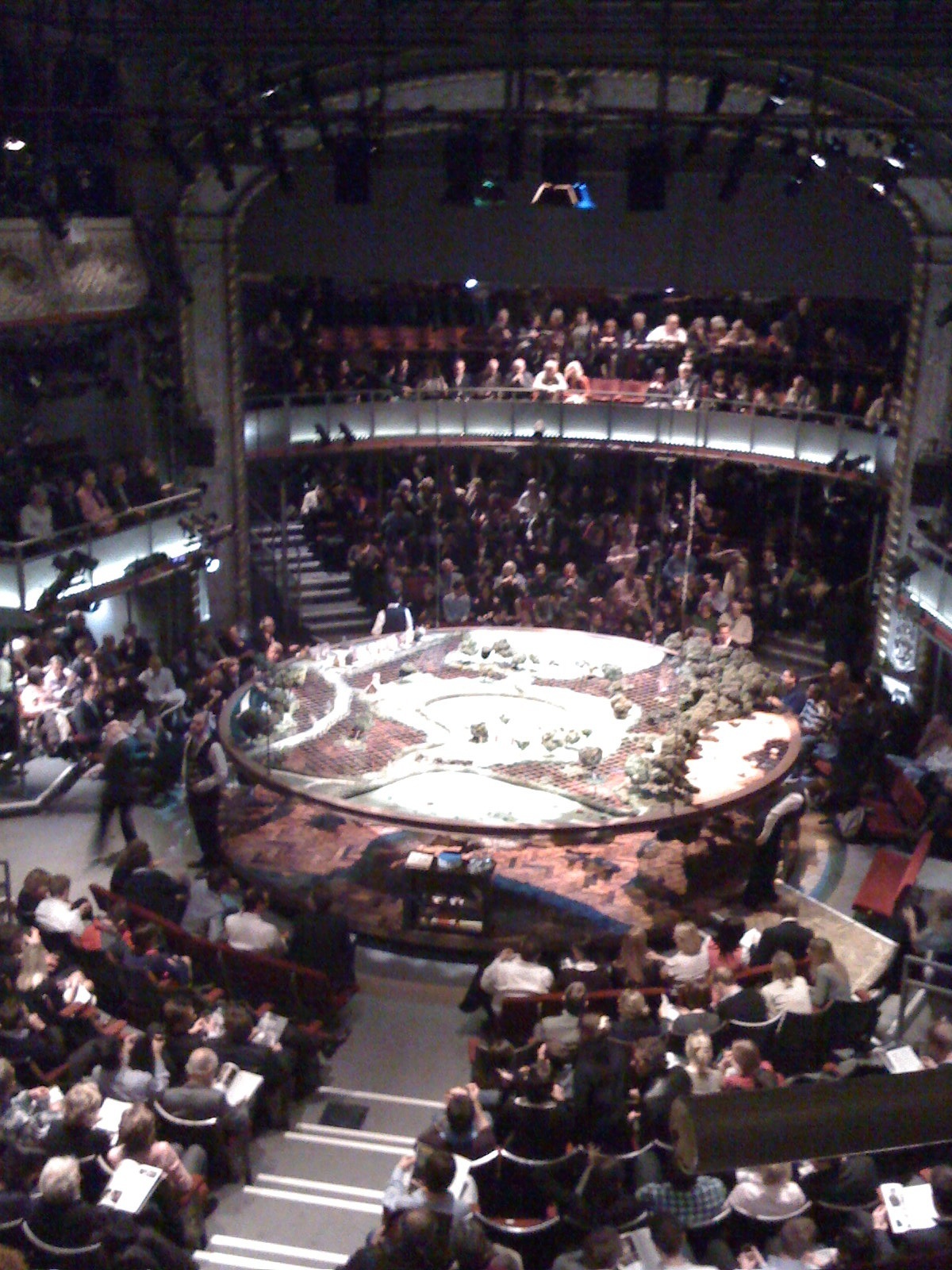 An Ayckbourn revival can be tricky and I remember having apprehensions about this production after watching Alan Strachan's revival of Absurd Person Singular at the Garrick last Christmas. While the first half of that play was strong in bringing out the laughs, it took on an overly grim tone in its final act. The comedy seemed at times to be entirely eclipsed by a darkness that felt both gratuitous and painful to watch. How then does this trilogy stand up, some 34 years after first being performed in the West End with an acclaimed cast that included Michael Gambon, Felicity Kendal and Penelope Keith? In the assured hands of Warchus, it works like magic from almost the very first line. The dinner table scene in Table Manners and spectacularly unsuccessful attempt to play a board game in Living Together provide some of the trilogy's best comic moments.

The basic storyline revolves around the frumpy Annie (Jessica Hynes) who has spent years at home caring for her invalid mother and who has decided to go off for a weekend with her brother-in-law, Norman. Her brother Reg and his wife Sarah are down for the weekend to manage things and lurking around the house is her good-natured but supremely inarticulate neighbour Tom, who never quite seems to be able to make his feelings known to Annie. Sarah learns of the illicit weekend plans and promptly dissuades Annie from going, setting in motion a torrent of emotional mayhem when all the characters (including Annie and Reg's sister and Norman's wife, Ruth) find themselves under the same roof throughout the weekend.

Norman, a self-declared "gigolo in a haystack" who is trapped in the body of a boring assistant librarian, is played by a bearded, quirkily-dressed Stephen Mangan with a frenetic energy. Traditionally the most funny of the characters, we see him drowning his sorrows in home-made dandelion wine when Annie decides to call off their rendezvous, dressing for dinner in an outrageously baggy suit and indulging in a lengthy monologue over breakfast when no one seems to want to talk to him. We begin to understand why Norman had asked Annie out after seeing his rather self-absorbed wife Ruth (Amelia Bullmore), a squinting, aloof career woman who views her marriage as nothing but a contract. Watching all three plays proves especially amusing as we see Norman make his moves on all three women in quick succession and sometimes simultaneously, though the only one he actually gets any luck with is his wife. 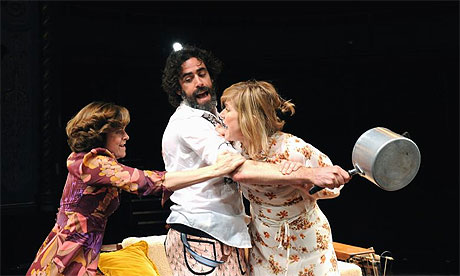 Brought into the midst of the domestic fracas is the good-natured Reg (Paul Ritter) who is happiest when fiddling with his board games and his fusspot wife Sarah (Amanda Root) who is all cold efficiency, at everything but her marriage. When asked how things are with her husband, all she can manage, after a long pause, is a resigned "I've tried". Ritter and Root turn in stellar performances that hint at a deep unhappiness underneath what appears to be a durable marriage that has weathered two children. With his slightly camp delivery and amazing physical comedy, Ritter proves one of the most entertaining performers of the cast; his hilarious impersonation of a bishop walking sideways to prove the point that chess is not a realistic game absolutely brings the house down.

While these six characters are all more or less unhappy, it's the relationship between Annie and Tom that evokes the most pathos. Ben Miles's Tom is a kindly, polite vet who is severely obtuse in matters of the heart, lingering around Annie but yet never coming up with anything more engaging to talk about than her cat's septic paw. Indeed, the fractured exchanges between Annie and Tom at the end of Table Manners and Round and Round the Garden have an almost Chekhovian melancholy; nowhere in the play is there a line quite as heart-rending as Tom's ineffectual attempt to sort his relationship with Annie out: "Would you like me to marry you?". In these scenes, Warchus displays a keen eye for the darker streak that runs through so many of Ayckbourn's plays, bringing out the emptiness and desolation that lurks beneath the lives of the characters. Where Warchus succeeds is in never letting this compromise the comedy - Ayckbourn's plays may have a sombre tone but they are ultimately meant to make us laugh. 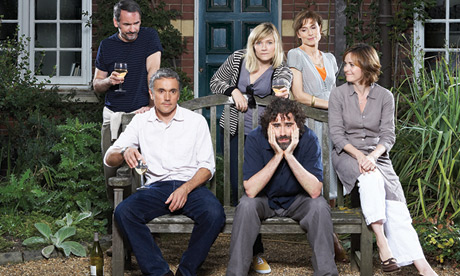 This revival of The Norman Conquests successfully displays Ayckbourn's genius as a social commentator. While set in the early 1970s in rural Sussex, there is a universality about the predicaments faced by the characters - the lies and deceit, the masked pain and the basic inhumanity of man against man. Yet, above all, it's a truly great piece of entertainment that allows us to laugh at ourselves. And if that isn't great theatre, I don't know what is.