The Cripple of Inishmaan


This rich, tragicomic portrait of rural Ireland by Martin McDonagh is beautifully brought to life in Michael Granadge’s production, the third offering in a fifteen-month star-studded West End season by his eponymous company.

Daniel Radcliffe, here in his third stage outing following commendable performances in Equus and How to Success in Business Without Really Trying, is developing into a fine dramatic actor and invests the title role of the cripple Billy with both humour and pathos. While Radcliffe does not always hold up against some of the other actors who inhabit their earthy Irish characters with vigour, one has to admire him for exploring such an understated and challenging role. Billy is no means a leading man and spends most of his time of stage miserable, mocked and maimed. 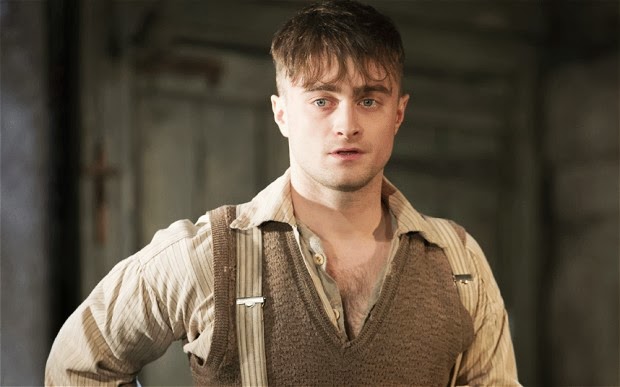 There is indeed much sadness and casual cruelty in McDonagh’s play about the bleakness of life in Inishmaan, a remote island on the west coast of Ireland, and its inhabitants' desire for something bigger and better. An American film company shooting a documentary in the region is the biggest news the village has had in years and naturally everyone, including Billy, wants to be a part of it. The play is peppered with self-deprecating Irish humour and their desire for international validation; as the characters say several times, Ireland can't be such a bad place if the likes of Americans want to visit.

Grandage is alive to the rich comic vein that runs through the play and extracts hearty, fully-realized performances from his cast. Ingrid Craigie and Gillian Hanna are, by turns, hilarious and heart-rending as Billy’s bickering old aunts. There is also outstanding support by Pat Shortt as village gossip Johnnnypateenmike and Sarah Greene as sassy and sharp-tongued Helen McCormick who naturally attracts Billy’s fancy. 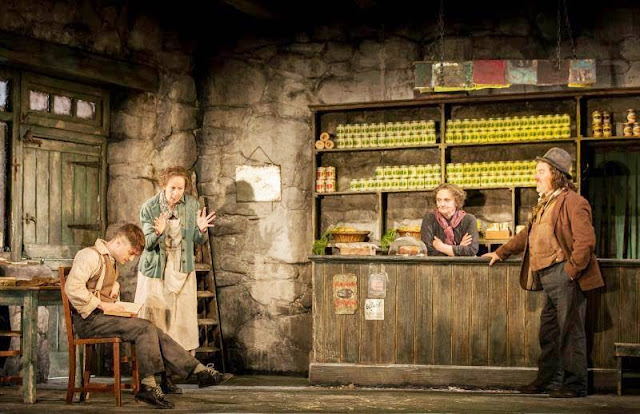 McDonagh’s writing modulates skilfully between the tragic and comic and even in the final moments, it is both horrifying and humorous that Billy is all set to end his life (to finish off the task that his parents tried to do when he was just a baby) when an unexpected return of affection from Helen makes him reconsider his decision. Even though we know that Billy may never achieve anything significant or even live to see another year, we grow to care about this imperfect character over the course of the play and want to see him enjoy that moment of happiness, however fleeting it may be.

Long-time collaborator Christopher Oram’s set of weathered wood and stone conjures up the dusty, cheerless world of Inishmaan, a place so dull that one has to stare at goats to pass time. There is also good work on the lighting and costumes and music that does not shy away from revealing the milieu as a harsh place: one that is rough, raw and inescapably real.