Close to 30 years after it premiered at this very theatre, Ayckbourn's A Small Family Business remains a canny thesis on the world of capitalism and its effects when the lines between business and family blur. Adam Penford's revival moves along at a brisk pace even if it feels more like a well-structured farce instead of a black comedy whose laughs reveal a rotting heart. 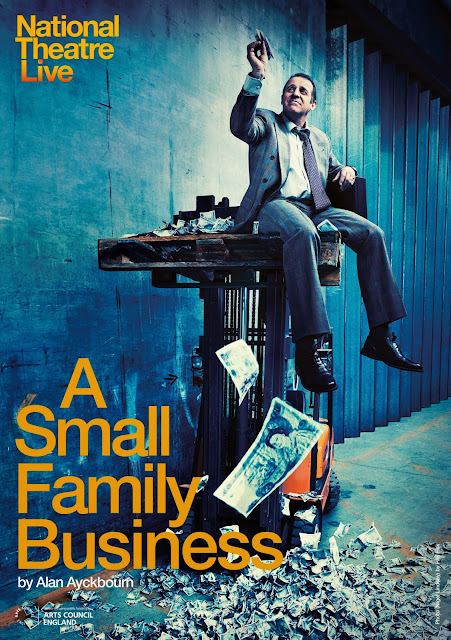 The action centres around the honest, well-meaning Jack McCracken, who has just left his old job and been appointed as the managing director of the family-run furniture business. As he starts delving into the goings-on in the company, he rapidly discovers that theft, fraud and other dubious practices are rampant and all his family members have been carrying on as if nothing is wrong while quietly lining their pockets.

Ayckbourn once again demonstrates a knack for finding humour in odd situations and we follow the bewildered Jack as he uncovers layer upon later of deception in the family - from his teenage daughter's bizarre shoplifting to his sister-in-law's liaisons with a bevy of shady Italian businessmen to his brother-in-law and business partner siphoning away money to fund his dreams of being a chef. It's both funny and quietly horrifying that none of these characters seem to regard their actions as being wrong. 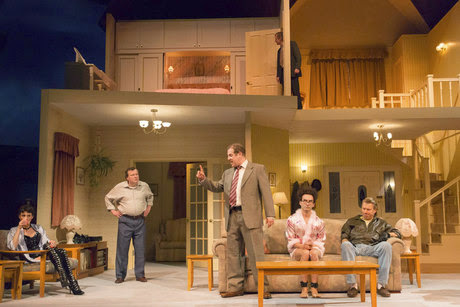 Nigel Lindsay endows Jack with the right mix of self-righteous indignation and weary resignation as he inevitably feels himself falling deeper into the web of deceit that has been so meticulously spun around him. There is excellent support from Ayckbourn veteran Matthew Cottle as the waspish private investigator Benedict Hough and and Nicky Wardley as Jack's vixen like sister-in-law with her colourful sex life.

Even if the editing could have been tighter, the play crackles along and Lindsay is alive to Ayckbourn's ear for comedy and rip-roaring one-liners. The opening scene, which sees Jack trying to have sex with his wife while being unaware of the guests in the next room waiting to surprise him, is marvellously choreographed. In another memorable scene, a heated argument in the kitchen is promptly silenced by a character poking her head out of an alcove like a cuckoo clock to shush everyone because her beloved dog is trying to sleep. Set designer Tim Hatley provides a perfect cross-section of a two story suburban home, deftly balancing scale with intimacy. 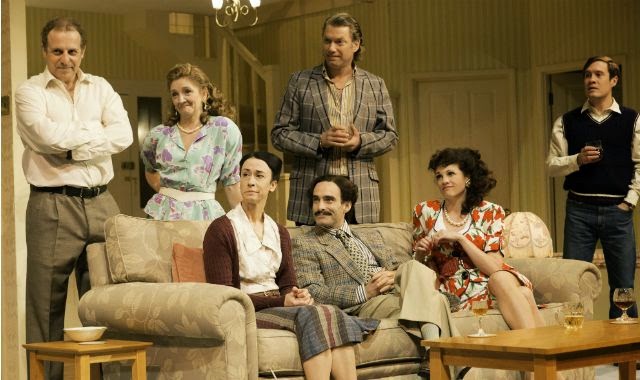 Like many of Ayckbourn's plays, there is a streak of darkness that hangs over the action and if Lindsay's production falters slightly, it is in treating many of the laughs at face value instead of using them to reveal the corrosiveness at the core. It is worth remembering that A Small Family Business is, after all, a morality play, a clever satire on the ethos of individualism and economic progress that infected the world of Thatcherism during which it was written.

Indeed, the final image of the play is of Jack's teenage daughter sobbing alone in the bathroom as her father proudly toasts to the future of the family business. Will all the money in the world help to overcome the emotional estrangement she feels with her family? Will Jack ever regain his once steadfast morality and integrity? We are reminded that material success and domestic bliss make reluctant bedfellows.