It's hard to think of Tennessee Williams's Streetcar without its vibrant New Orleans backdrop. This glamorous production, with all leading roles played by African-American actors, captured the setting if not the substance of this Pulitzer Prize-winning masterpiece. 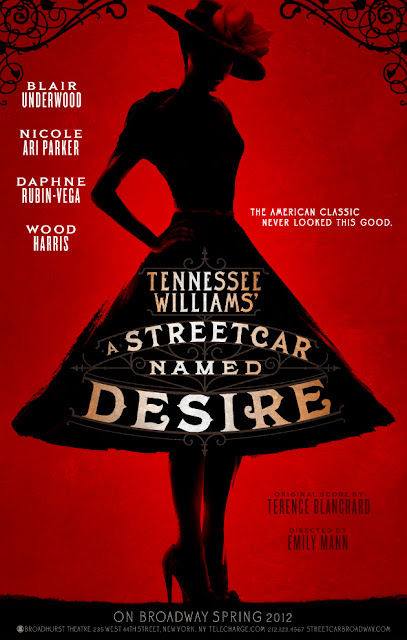 Television star Blair Underwood, in his Broadway debut, proves somewhat disappointing as Stanley - he lacks gravitas and only captures the "angry young man" aspect of the character without providing any depth. An essential aspect of the original character of Stanley was that he was a Polish working-class immigrant and there was a constant sense of being an "other", his racial background only compounding the anger and disdain he felt for the superior ways of Blanche. Here, in an African-American setting, this sense of racial exclusion is taken away (no references are made to Stanley's last name). Underwood uses his physique and bellowing voice to capture Stanley's primal masculinity easily enough but under this brutish facade, one feels that the essential psychology of the character has been somewhat glossed over.

Nicole Ari Parker turns in a considerably better performance as fading Southern belle Blanche DuBois. Parker conveys the vulnerability of a woman desperately trying to clutch on to the last shreds of respectability, fondly looking back on her comfortable past to shut her eyes from the sordid present. She takes some time to warm up to the character but displays great energy in the second half of the play, particularly in the smouldering antagonism with her brother-in-law Stanley. 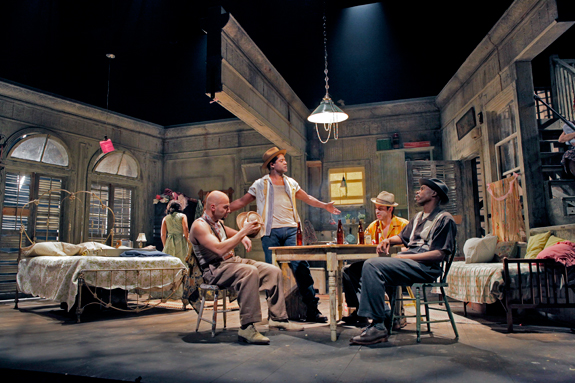 Daphne Rubin-Vega, an actress of glittering credentials who originated the role of Mimi in Rent, proves rather lacklustre as Stella. She lacks a stage presence and seems to fade entirely into the background. Being someone whose talents like clearly in the area of musical theatre, one wonders if perhaps a heavily dramatic role such as this was a step out of her comfort zone. By contrast, Wood Harris makes a very likeable Mitch and proves a steadfast and solid counterpart to the flighty Blanche. There are good supporting performances by the ensemble; Carmen de Lavallade is hilarious as the loquacious neighbour upstairs and Aaron Clifton Moten is charming as a young newspaper boy who takes Blanche's fancy.

Mann's direction is generally competent and shows a good use of space but I felt that the sheer breadth of the Broadhurst Theater detracted from the intimacy of the piece. Even in the middle of an intense scene, I found my eyes roving around trying to take in the entire set. Certain directorial touches also feel rather forced. One does not need to hear the sound of the streetcar rattling through the city at every poignant moment in the narrative. The climactic rape scene at the end also feels too gratuitous: needlessly violent rather than tragic. 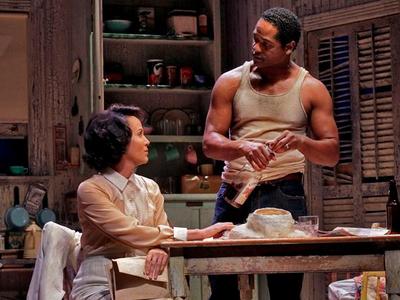 Having enjoyed the fantastic 2008 West End revival of Cat on a Hot Tin Roof by the same producers (featuring James Earl Jones and Phylicia Rashad), I was hoping for new insights that an African-American reading of this play would bring. However, unlike Cat, this did not come across that strongly this time round. Ultimately, the main flaw to this version of Streetcar was that one did not feel emotionally invested in the characters of Stanley and Stella: of his overwhelming need to subsume her and why he reacts as violently as he does when she treads on his territory. There's no denying that this Streetcar is one sexy ride, but it does occasionally get derailed.