As part of an annual commitment to stage world classics, W!LD RICE has made its first foray into Shakespeare, which until now has been performed by precious few Singapore theatre companies. It has chosen to begin this journey with arguably the most popular of the Bard's plays - Romeo and Juliet - a play which almost everyone has experienced in some way, shape or form. It's a wise decision that helps to draw in the crowds (especially students) but there was a need to make this tale of star-crossed lovers fresh, urgent and compelling.

Director Ivan Heng opts for a pared-down, minimalist staging that is resolutely focused on the characters. There are subtle hints to locate the play in a modern context but for the most part, the setting is kept generic. The entire action plays out on a white raked stage and CK Chia's set is stark, monochromatic and economical. The one central prop - Juliet's bed - doubles up as both a balcony and a tomb. 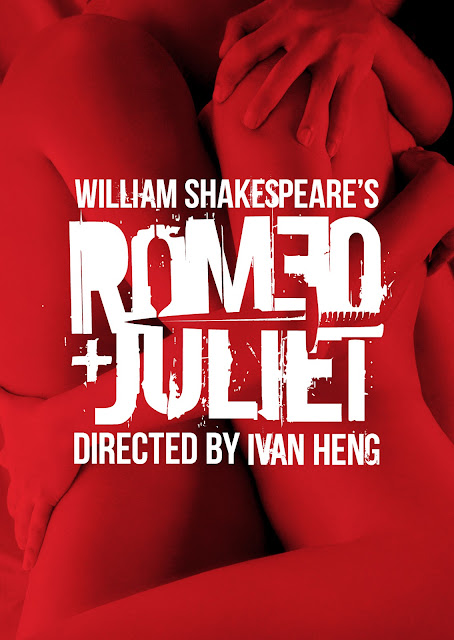 Hansel Tan displays a good understanding of the weight and rhythm of Romeo's lyrical verse. He needs some work on his occasionally stiff facial expressions but convincingly spans the gamut from exultant, frenzied to sombre in his speeches. Julie Wee, who has turned in quietly impressive performances on the Singapore stage over the past few years, finally comes into her own in this production, capturing the heady cocktail of emotions in Juliet. She is both electric in her passion and heart-rending in her grief and successfully brings out the blend of wide-eyed innocence and maturity in Juliet; for all her firm convictions, we are never left in any doubt that this is a young, fragile girl of thirteen. What one feels is lacking however is a real sense of chemistry between this pair. Tan and Wee both have a very competent grasp of their characters but when they come together, one doesn't feel the fireworks (even if we are made to see them).

There is some great work by the supporting characters, many of whom are veteran actors. Most notable of the lot is Neo Swee Lin as Juliet's good-natured, loquacious Nurse who speaks with endearing Singaporean inflections and gives the play some of its best moments of physical comedy - feeling Romeo up like a schoolgirl and playing around with an umbrella. Lim Kay Siu (Lord Capulet), Wendy Kweh (Lady Capulet) and Brendon Fernandez (Tybalt) also command their scenes and are a delight to watch.

Less successful is Erwin Shah Ismail as Mercutio who tends to over-act and tries too hard to be a comic sidekick by milking a few clichéd gestures; his "you shall find me a grave man" line is not delivered with the grim sense of foreboding it demands. As Prince Escalus, Gani Abdul Karim also proves stiff and awkward in his verse-speaking and singularly unsuited to play the role of a commanding aristocrat: he ends up looking like an angry security guard.

There is good costume design by Laichan and I particularly liked the homage to Elizabethan grandeur in the banquet scene where the lovers meet for the first time, dressed in pristine white amidst a sea of black and gold. The multimedia effects are probably the weakest point of the play. In a text that is replete with rich imagery, one wonders what is the point of being shown a red-tinged moon, a giant projection of Juliet's face or fireworks erupting merrily.

Ultimately, what lifts this production of Romeo and Juliet from a mundane textbook rehash is the clear stamp of authenticity that Heng has brought to the play. I liked the hint of Lady Capulet as a closet alcoholic, a symptom perhaps of having to deal with an imperious, patriarchal husband used to having his way. There is also an aching sadness in the death scene where we see Juliet beginning to stir as Romeo drinks the poison. Just before he collapses by her side, he sees her alive for one fleeting moment and mouths her name. It's a small touch that truly captures the essence of the couple's "sweet sorrow".

The finale is nicely orchestrated with the dead characters coming to life in a stylised sequence and the feuding families facing each other off in an apparent display of reconciliation. No attempt is made to sentimentalise and sugar-coat the tragedy and the effect is both sombre and refreshing.

We may not have a definitive local version of Romeo and Juliet quite yet but W!LD RICE have put together a very credible production, bolstered by strong, likeable performances and an acute understanding of the text. If this inaugural Shakespearean outing aims is any indication of the company's potential to explore the Bard's oeuvre, I can only say: "play on, give me excess of it".