Although I saw more theatre shows in 2019 than perhaps the past few years, my overall feeling is that, like the year before, it has been a mixed bag. As I had noted in last year's roundup, one of the key issues facing the scene is quantity versus quality; to what extent has the sheer volume of plays (over two hundred local theatre productions) been tempered by an appropriate quality that makes them deserving of a place in the local canon?

An important theme featuring in several works this year has been excavating our colonial legacy, a topic that is in no way unrelated to this being the bicentennial year of Singapore's founding. Many plays sought to challenge the established narratives laid down in our social structures by reframing historical episodes, exploring marginalised voices and seeking to provide a more nuanced examination of our nation's status quo. At the same time, we've also seen a slew of works tackling mental and physical wellbeing, ranging from cyber-bullying to sexual assault and depression.

On the personal front, I'm pleased to co-host a monthly theatre podcast series for arts media company Arts Equator where we usually discuss two or more theatre productions alongside playwright, editor and poet Nabilah Said and theatre educator Mathew Lyon.  I also try to review the occasional performances I have caught as far as possible on this site. 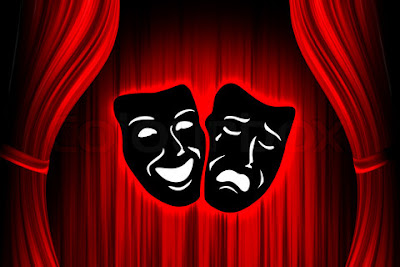 A couple of preliminaries:

(a) This list is written in a purely personal capacity and reflects all the theatre productions I have watched in Singapore for the year, whether by local companies or touring foreign companies. It does not purport to be definitive by any stretch. Revivals by the same theatre company are generally not considered unless I did not watch the original production.

(b) I rate all my productions out of five, basing my score on acting, directing, script, production values and the overall experience. My average production score for 2019 is 3.23/5, which is lower than last year's 3.43 and 2016's 3.33. Most productions have been in the average to good category but far fewer have been truly exceptional.

(c) for this year, I decided to eschew my Academy Awards style list and simply provide five shows that have truly resonated with me - please click on the links to read reviews for each production.

My picks for 2019 are (in purely chronological order):

*For more detailed discussions on the above shows (and many others), please check out the Arts Equator end-of-year theatre podcast where we each discuss our favourite performances of 2019.
Labels: year end roundup