Best Of (His Story)


There are two sides to every story. Three years ago, The Necessary Stage gave us Best Of, a monologue about a day in the life of a young Malay-Muslim woman undergoing divorce at the Syariah courts. We gain a compelling snapshot of her fears and frustrations and learn of a husband who has stopped responding to her.

That husband (Sani Hussin) now has the chance to air his side of things in this companion piece by playwright Haresh Sharma and director Alvin Tan, which picks the story up one year later on the day the divorce is to be finalised. 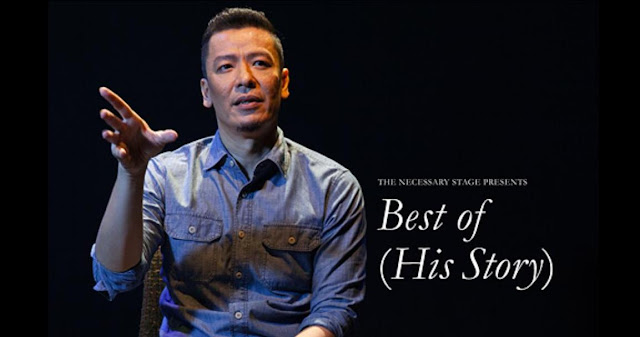 Like its predecessor, the play explores divorce within the Malay-Muslim community and the structures that stand in the way of a couple deciding that marital life is not for them. We hear of a religion which allows yet frowns upon divorce, a court counsellor intent on making the couple change their mind and a quietly crestfallen mother who never sees her son in the same light after learning of his failed marriage. All this is superimposed on an image of a marginalised community grappling with issues such as crime and academic underachievement.

While the wife's character in Best Of simply sat on a chair and told her tale, Sani paces back and forth for seventy minutes, recounting the events of the day and providing occasional flashbacks. Sani displays a solid range of emotion to power the script and provides colourful impersonations of his two best friends, a louche ex-con and campy civil defence buddy.

Tan's direction however feels unwieldy and only serves to underscore a fairly dull character who does not know what he wants in life. The most arresting moment of the evening is also its quietest - the character performing the solat istikharah, a prayer to seek guidance and direction.

A key theme in Best Of (His Story) is the evolving concept of masculinity. The husband feels trapped between cherished images of his father and grandfather, men who demanded submission from their spouses, and a sensitive modern man who respects his wife’s need for independence and her own social life. This tussle between tradition and modernity is physicalized in him vacillating between the designer sofa bought by his wife and a straw mat on which he recites prayers.


Vincent Lim's set is fringed by sheer white curtains which Sani tugs on throughout the play, closing off the space his upwardly mobile wife had created. When he finally moves the expensive furniture aside, we see him as a man who has reclaimed his place, allowing him to truly relax and dance to the tunes of his childhood. All this is conveyed by Gabriel Chan's simple and sensitive lighting.

Where I ultimately struggled was in buying the authenticity of the character. One cannot shake off the sense that this is just an actor pulling off a competent performance. It is worth noting that the earlier iteration had been developed with and written specifically for actress Siti Khalijah, resulting in a performance so natural and organic that it virtually broke the fourth wall. One somehow expects the same degree of realism but this just does not come through.

Both plays in the Best Of series provide a nuanced portrait of a community struggling to find meaning in an uncertain world. These are by no means perfect individuals but they are trying, against all odds, to make the best of their situation. And one is inclined to give them the benefit of the doubt.