The thought of seniors sharing an intimate moment is enough to make most people turn away in embarrassment. Never mind the fact that we have a rapidly ageing population — silver-haired friskiness is a topic shrouded in cultural taboos. 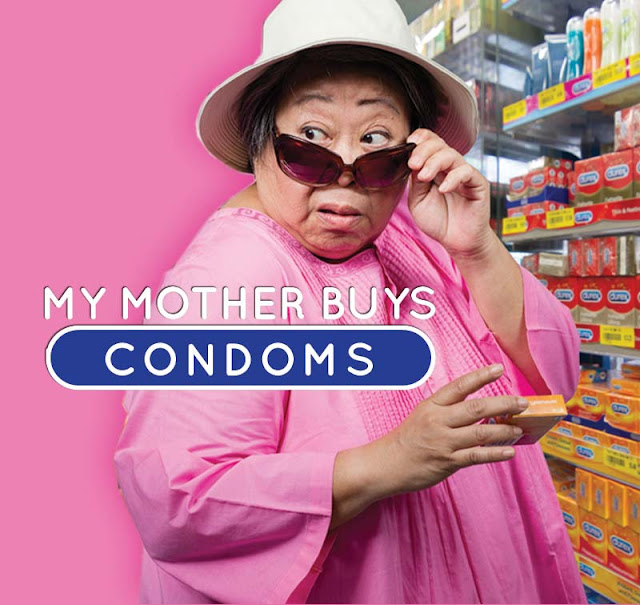 The heroes of this tale are the sort of uncles and aunties you pass by on the street without a second glance. 63-year-old retired literature teacher Maggie (Lok Meng Chue), who spends her days giving tuition, meets Raju, a 57-year-old Malaysian repairman (Remesh Panicker), when he comes to fix her air-conditioner. She is a lonely divorcee. He has never been married and has a penchant for crime stories.

What begins as a series of lessons to help Raju read the newspaper blossoms into an unexpected romance. Veteran actors Lok and Panicker beautifully convey that mix of awkwardness and pleasure that animates two individuals who discover that not all of life’s best experiences are behind them. “Why did you touch my hand?” demands a befuddled Maggie. “I like you,” Raju replies simply. And that’s all there is to that.

It’s only a matter of time before the relationship moves into the bedroom and things rapidly go awry. Maggie’s adult son Wilfred (Joshua Lim), and best friend Nora (a scene-stealing Elnie S Mashari) are appalled when they discover the  clandestine romance.

Nora, a bubbly fellow teacher with a liberal past of her own, is outraged to hear of Maggie’s sexual renaissance and finds herself unable to bear the thought of sending her son for tuition to the home of such a “disgusting” person.

In a manner reminiscent of Haresh Sharma’s social drama Poor Thing about road rage, mild-mannered family man Wilfred reveals his inner ugliness by accusing Raju of being a scheming “foreign worker” simply after his mother’s money, resorting to vulgarities and violence. It’s a reminder of the deep-seated prejudice that manifests itself when one is confronted with anything that does not conform with the status quo, be it alternative lifestyles or  political affiliations.

Heng maintains razor-sharp control over the performances, allowing for a wonderful blend of slapstick and sentimentality that plays out on Wong Chee Wai’s fully realised, book-filled set.

While Helmi has a good ear for dialogue and handles the tricky subject matter with confidence, certain sequences feel contrived. Maggie’s bold 'I-am-who-I-am' declaration at the end seems rather out of character, and the inclusion of a daughter, Gwen (Seong Hui Xuan), with her own fairly predictable revelation does not add much to the overall theme.

Still, this honest, funny and ultimately heartwarming play is a reminder that all of us have the right to seek love. One should never be held back by something as mundane as age.