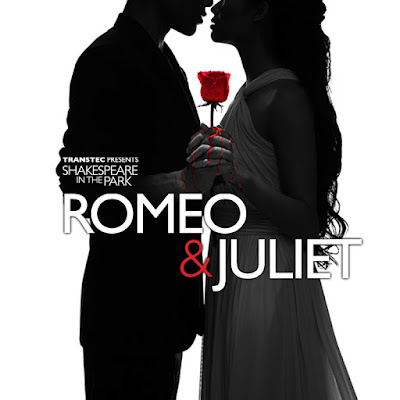 From the outset, we are reminded that this is no feel-good romance for the millennial generation — tank tops and ripped jeans notwithstanding. The rift between the feuding families is represented by a cleft on the stage that divides Frances O’Connor terraced set in two with conveniently colour-coded sections for the Montagues (blue) and the Capulets (red).
The world of religion is central to Slater’s production: stained-glass panels, crucifixes and candles are a constant reminder of the Catholic Church. The play begins and ends with the words of a hand-cuffed, guilt-stricken Father Laurence. This theme of guilt is perhaps taken a touch too far; the priest carries out an act of self-flagellation at one point and we are confronted with the image of a bedraggled Mercutio lurking in the shadows after his demise. Indeed, the apothecary who sells poison to Romeo is the ghost of Mercutio himself, although whether this is meant to suggest that death is the price to pay for following the dictates of passion is left unclear.

Thomas Pang is a captivating Romeo, capturing the character’s zest and energy with effortless charm and displaying an impressive confidence in his verse. The scenes between him and Cheryl Tan’s Juliet are positively electric with passion. Tan successfully conveys Juliet’s innocence and ecstasy but is less convincing in charting her mettle and determination to be with her sworn enemy. She also needs to work on her pitch and tone.


Among the supporting cast, there are beautifully rendered performances by veteran actors such as Daniel Jenkins as Father Laurence, Remesh Panicker as Capulet and Jo Kukathas as the Nurse. However, there are some uneven notes to the cast. Shane Mardjuki, all swagger and bombast, fails to endow the character of Mercutio with the pathos it demands. There is a stiff performance by David Gooderson as Montague, who looks vaguely perplexed as to what he is meant to do.

Slater’s production is full of action and drive at the beginning but there is a notable dip in energy in the second half and the pacing needs to be improved. The deathbed scene, in particular, feels almost perfunctory and there is hardly a moment to allow the weight of the tragedy to sink in.

Certain physical sequences can certainly be improved — one remains unconvinced by all the stage slaps — and the musical refrain for the young lovers feels monotonous after a while. However, there is great lighting work by Gabriel Chan and truly splendid costume work by Moe Kasim, whose designs blend modernity with tradition and showcase rich Asian motifs.

SRT has delivered a solid production of this well-loved classic that is, simultaneously, heady romance and cautionary tale. It makes for a riveting soirée under the stars.

*This review was written for TODAY and published on 3 May 2016.
Labels: british theatre play shakespeare shakespeare in the park shakespearean tragedy singapore repertory theatre today reviews 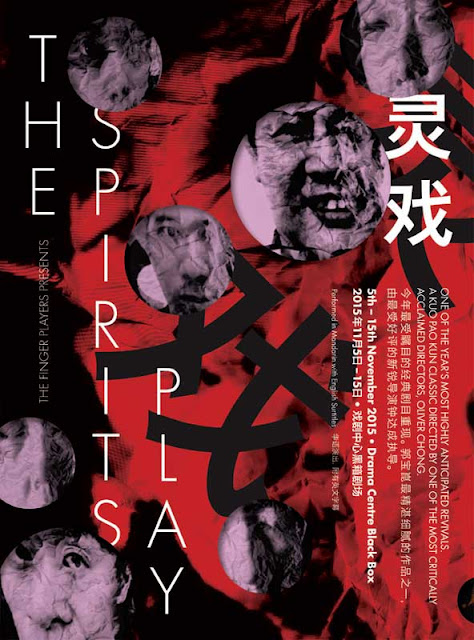