Hello/Goodbye is the Singapore Repertory Theatre’s (SRT) first romantic comedy in nearly 15 years. Apparently, they had been waiting for a good one to come along. If only they had taken their time.

The premise of this play is about as thin as its title. Two strangers — ditzy, wild child Juliet (Denise Tan) and geeky toy collector Alex (Shane Mardjuki) — arrive at a rental flat laden with boxes, each thinking they have the place to themselves. Neither wants to leave; they end up trading barbs and before you can blink, something is cooking on the kitchen counter that is not food. 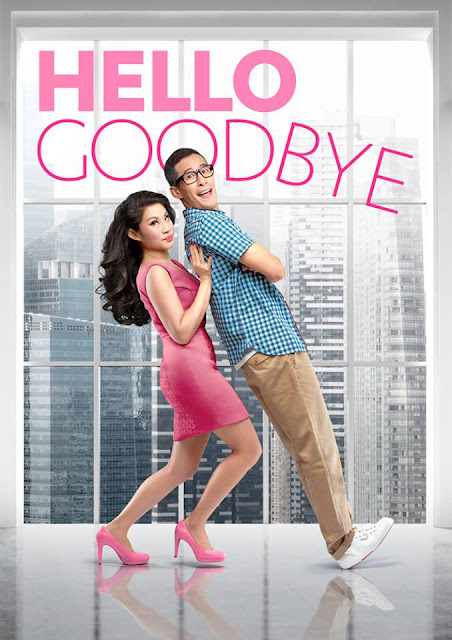 What lifts English playwright Peter Souter’s script is a sharply observed second act, set 10 years later. The same couple, now at a very different place in their lives, find themselves once more in the same room surrounded by boxes.

There is a wisp of a promise here about exploring human romance at either end of the spectrum, but one can hardly be persuaded that there is any passion in this pairing. How they could possibly find each other attractive is mind-boggling. The naturally sassy Tan practically talks Mardjuki off the stage, even in the second half, where she makes a conscious attempt to project a matured look and rein in her character.

Mardjuki, in turn, plays Alex with all the personality of a cardboard box and not a hint of latent sexual energy. When they kiss, one feels genuinely surprised.

Director Lisa Spirling does little to draw the audience into the play. Both acts feel static, repetitive and there is little use of visual cues or variations to propel the narrative. It is difficult to buy into the idea of a whole decade having passed in the second act when there is no difference in the way the characters emotionally relate to each other.

The end result is that we struggle to care for these individuals. There are flashes of empathy and heartwarming touches in the writing (including a lovely surprise in a wooden chest), but these are mostly swept aside in a torrent of frivolous banter. The play is not helped by the introduction of entirely superfluous secondary characters who weigh the plot down. A polished ex-boyfriend (David Howard) and a leggy young woman (Amanda Tee) take turns to intrude on the action, neither making much of an impression apart from looking supremely awkward.

The setting is likewise rather confusing. The script is peppered with unmistakably British slang words and yet, jarring references to weekends in Sentosa and Mama Lemon dishwashing liquid are snuck in. The moving boxes, displayed prominently on stage, bear a Bedok address.

It is rather lamentable that an entirely unremarkable play such as this — with poor chemistry, unwieldy writing and uninspired direction — appears as a mainstage SRT production. This is, at best, light and frivolous evening entertainment.

Say your hellos, say your goodbyes and move swiftly on.