The Lady of Soul and Her Ultimate "S" Machine

by Tan Tarn How
The Esplanade: The Studios - fifty
Esplanade Theatre Studio, Singapore


Who are we as a nation? In our relentless quest for excellence, do we need a soul? How do we go about cultivating this?

Tan Tarn How's The Lady of Soul and Her Ultimate "S" Machine, both biting satire and black comedy, seeks to confront these hard questions. The no-holds-barred script had its own battle with censorship when it was submitted for a performance license back in 1991; former media licensing authority, the Public Entertainment Licensing Unit, found objectionable content in 36 out of its 67 pages. Fortunately, when the National Arts Council took over, the script was approved uncut and finally staged to critical acclaim in 1993. The play is now hailed as a landmark of Singapore political theatre.

Twenty years down the road, the issues Tan explores in Lady of Soul remain as pertinent as ever. The local arts scene may have become far more diverse and confrontational and the political arena more nuanced but one cannot deny the invisible hand of authority and conformity which still exists in a very real form. One should just look at the ongoing debacle about teenager Amos Yee who made a controversial YouTube video or the decision by the Media Development Authority to close down website The Real Singapore for publishing prohibited content. Have we been conditioned into accepting a pleasant, whitewashed state of affairs that dances to the tune of the powers that be and prevents true freedom of expression? 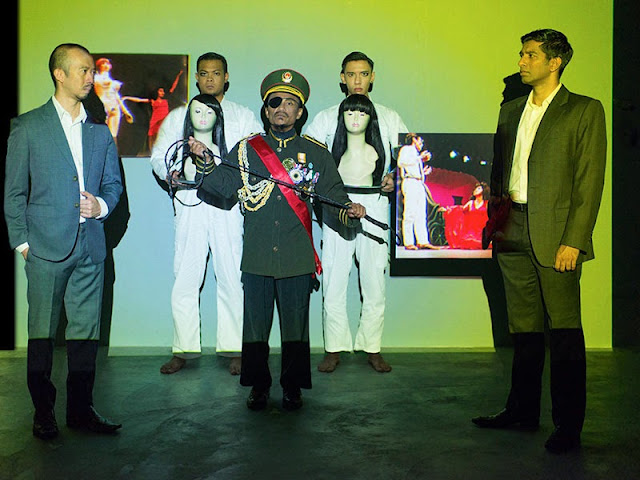 It's somewhat a pity that this superbly topical script is let down by a rather saggy production by Zizi Azah in the final of five full-length revivals held in conjunction with The Studios' massive Singapore theatre retrospective, fifty. Zizi infuses the play with plenty of colour but despite edits to tighten the pace and update the references, the scenes hang together clumsily and overly hammed-up performances detract from the biting political commentary at its heart.

Lady of Soul centres round earnest, idealistic civil servant Derek (Prem John) who has been put in charge of the Committee for the Creation of a Vibrant Nation. The play mercilessly lampoons government bureaucracy and culture: meaningless stock phrases, the endless string of committees and sub-committees which amount to nothing and ministers who are slavishly devoted to observing form rather than substance in their policies.

Much of the humour derives from Derek's quest to cultivate the nation's "soul", which leads him to meet three characters: a proponent of the arts, Sham (Farez Najid), a communist, Alban (Lian Sutton) and a flighty brothel owner, Lady Soh (Rizman Putra). Various concepts of the "soul" are thrown around by the group, the most raucous being the idea of raw, physical pleasure as exemplified by the titular Ultimate "S" Machine supplied by Lady Soh.

Tan cleverly blends the personal and the political in his writing and the covert homosexual relationship between Derek and another civil servant is hinted at, giving Derek yet another layer of secrets that he feels trapped behind. His anguish at having his report ultimately tossed aside in favour of something along official government lines is an apt metaphor of the silencing of individuality in the face of authority. Zizi's choice of leaving us with the image of a bound, helpless Derek is a powerful and sombre one.


Zizi is alive to the facetiousness and witty allegory in Tan's writing and dredges this to the very surface, giving us plenty of laughs. The cast includes a good mix of well-known and new faces but over-the-top performances make things feel like a comedy sketch show. Stage veteran Gene Sha Rudyn plays the Minister like a gnome on steroids - all flailing hands, bulging eyes and fake laughter. As Derek's two assistants, recent theatre graduates Shafiqah Efandi and Dominique De Marco are energetic and amusing but prove slightly tedious in their transitions. Rizman gets the lion's share of laughs as a feathered, sequinned Lady Soh and plays up the raunchy element of the character to death. The overt bawdiness tends to outstay its welcome though - there's enough in the dialogue not to rely on cheap physical gags.

Wong Chee Wai's backdrop of translucent screens effectively sets the stage for a rich explosion of light and colour in the opening sequence which features various silhouetted figures. However, this image is never really used again and seems more of a dramatic flourish than anything. While the minimalist props work well in opening up the acting space, it also gives rise to a jarring emptiness.

Lady of Soul is a play that continues to provoke debate. While one may argue that parts of the play have dated since they were first written and the commentary lacks nuance, it's important to recognize the deeper message that Tan astutely identified all those years ago. We need to find a way to breathe life and soul into our glittering nation but this is something which has to develop organically, without the aid of a machine, checklist or humdrum nationwide campaign.