Anyone who’s ever taken an acting class or done some drama may remember the kooky exercises one gets up to. Sitting in circles muttering catchphrases, contorting one’s body into funny shapes and engaging in bizarre role-play - it may all feel terribly silly but can be great fun.

PANGDEMONIUM kicks off this year’s season with American playwright Annie Baker’s hit comedy Circle Mirror Transformation, a play that takes us through six weeks at a creative acting class for adults at a community centre in Vermont. 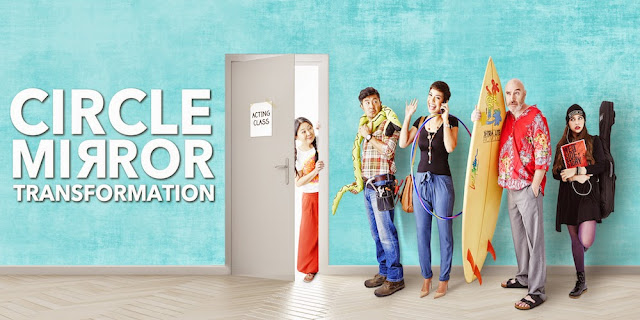 There are strong performances all around, from Neo’s endearing earnestness to Muller’s larger-than-life antics to Pang’s hilarious bouts of passive aggression. Kudos also to newcomer Alkaff, who conveys moments of extraordinary insight in her turn as a sarcastic, bored teenager and makes a commendable professional stage debut.

Tracie Pang’s layered and sensitive direction drives the production and she allows the interactions of the characters to reveal snippets of their real lives, something that is explored from the get-go in a fun, wordless prologue featuring the characters filing into the classroom for the very first time. It becomes apparent that each of them is there because they are searching for something in life - be it attention, excitement or distraction - and the class becomes the therapy they so desperately need.

Baker uses the acting games to slowly peel away the layers behind each of her characters, who reveal more about themselves than they realize as painful pasts and ugly secrets are stirred up. It’s easy to forget how much acting is based on real life and the play continually blurs the lines between the real and imagined worlds, culminating in a beautiful, bittersweet final scene that cuts close to the bone.

While the luridly entertaining drama exercises are a delight to watch, it’s hard to sustain the conceit of the all-too-revealing acting class for an entire two-hour play performed without an intermission. The script invariably begins to outstay its welcome and all the onstage exuberance cannot mask a gradual dip in energy, a fact that is not helped by Baker’s almost gratuitous use of silences, pregnant pauses and excessive blackouts.

One is also left feeling somewhat confused by the setting. There’s very little in the play to suggest that this is suburban New England and the uneven accent work by the cast does little to anchor a sense of place.

Acting may be all about fun and games but as Circle Mirror Transformation incisively reminds us, through the process of pretending to be someone else, you inevitably learn more about yourself.