Chinese New Year. The time of the year when you trade pleasantries with relatives you've barely spoken to all year, seek to get into the good books of your in-laws and try, against all odds, not to let the secrets of your private life become the subject of public comment.

This debut production by Playground Entertainment is a cosy family drama that reminds us of the importance of looking past differences when it comes to being with our loved ones. The first few scenes play out like a tennis match as we delve into the lives of the three Tan brothers and their respective partners obsessing over the upcoming family reunion dinner. How long can Eldest Brother pretend that his wife Xiao Lan is Chinese instead of Indian? Will Pa ever accept Second Brother being gay and living with another man? And will Youngest brother's uber-competitive wife Doreen achieve her goal of emerging as Daughter-in-Law of the Year? 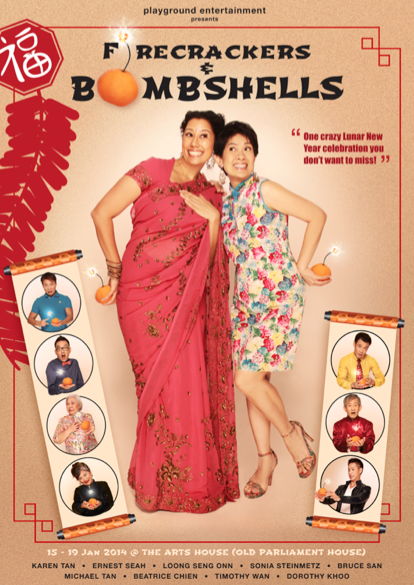 Director Jalyn Han does a good job in manipulating the small space of the Play Den, creating entertaining little scenes that segue neatly into each other with minimal props. The ensemble cast, featuring both newcomers and familiar faces, display great chemistry and give the play plenty of colour and thrust. Karen Tan and Sonja Steinmetz do a terrific job as sisters-in-law at odds with each other. There is also good support from Timothy Wan as Second Brother's supportive boyfriend and Dorothy Khoo as the enigmatic Ah Yee with a bizarre tendency to hoard oranges. A special shout out as well for the crew, comprising largely of ITE students hoping to break into the arts scene.

Playwright Jacke Chye displays a good ear for the local idiom and his writing effectively shines the spotlight on those banal but uniquely Singaporean situations that make up our daily lives. Scenes constructed out of a couple obsessing over just how much ang pao to give to a nephew so as not to "lose face" and siblings queuing up for new bank notes and the best bak kwa in Chinatown have a delicious ring of familiarity to them. There is a beautifully orchestrated scene towards the end when various members of the family arrive at a house while being kept in the dark as to each other's presence. 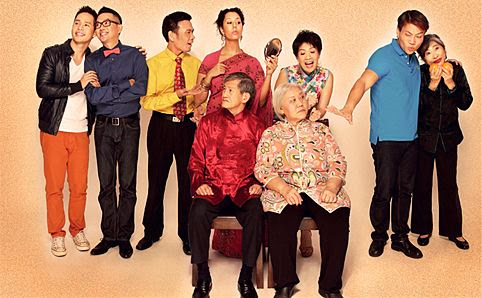 While the comedy is a strong selling point, one rather wished that Chye had not tried to pack in enough plot twists in the two hours to last an entire season of soap opera (funnily enough, Karen Tan's character makes a reference to the situation being reminiscent of Channel 8 dramas more than once). The changes in mood feel a little too sudden with riotous farce giving way, somewhat awkwardly, to utter sentimentality. The revelations at the end of the first act leave very little new ground to be covered in the second half of the play and result a dip in the pace and energy. It would have been better to focus on two of three themes instead of trying to throw as many ideas as possible into the pot.

Firecrackers & Bombshells is a competent and hugely enjoyable debut from a new player in the local theatre scene. Suffice to say, most of the audience members left with a smile on their faces – thinking, no doubt, of the idiosyncrasies of their own families in the annual rush up to the festive season.