This light, chatty production commissioned as part of the Esplanade's tenth anniversary celebrations features two experienced and prolific (we've been warned against using that awful word "veteran") actresses looking back on their careers in the theatre spanning nearly 30 years. Casting Back gives us a glimpse into the Singapore theatre industry through the voices of its actors and the unique experiences that have shaped them along the way. Nora Samosir and Christina Sergeant (working together for the first time) have an easy chemistry and immediately draw us into their shared memories, both epic and intimate: their first forays into the local theatre circuit back in the early eighties, the memorable roles they've played on stage and the people they've met. 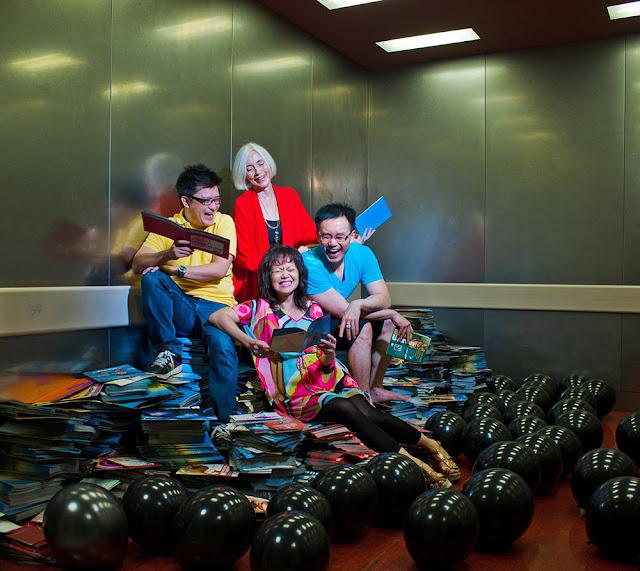 Casting Back is framed by a original playlet by Robin Loon featuring the actresses as seafaring adventurers who leave their hometown in search of a brave new world. However, this sequence of scenes, with segments such as "The Land of Forgotting" and "The Land of Faulty Light Cues", reads like a prose poem and its postmodern posturings strike an odd note with the warm, personal style of the rest of the narrative.

The production is at its most earnest when it features the women casually trading anecdotes and insider quips about productions, people and places - from long forgotten venues like the PUB Auditorium and old Drama Centre at Fort Canning to the colourful directors they've worked with ("You never forget a fight with OKS"). One gets a sense of a meaningful life spent in the theatre and, more significantly, of the growth and development of an industry from its infancy. I particularly enjoyed a segment towards the end where the actresses read out excerpts from reviews written about them over the years, both critical and complimentary, drawing out laughs by stressing particular words.

Director Casey Lim opts for a simple staging with scattered loudspeakers on the floor, suggesting a cacophony of voices from the past. The retro music also does a great job in setting the mood for a fun trip down memory lane with these effervescent thespians.