After a solid 54 years at the West End and a jaw-dropping 20,000 performances, what makes The Mousetrap the world’s longest running stage production? Like scurrying mice, why are we still drawn to the cheese at the centre of this Agatha Christie whodunit? Perhaps, I would suggest, the crowds continue to flock to St Martin’s Theatre to celebrate the idea of the play rather than the play itself. 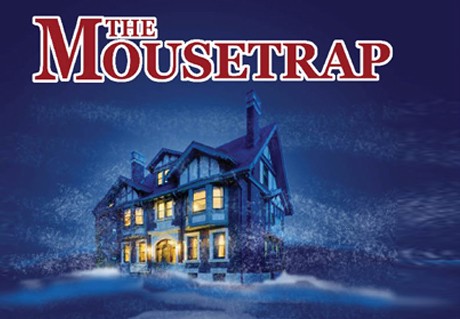 The genre of murder mysteries has been tried and tested in almost every medium: books, films, television and theatre. It was popularized in the mid-20th century by legends such as film director Alfred Hitchcock and novelist cum playwright Agatha Christie (ranked by UNESCO as the most widely read British author, with even Shakespeare coming in second). Upon opening on the London stage on 25 November 1952, The Mousetrap received rave reviews from the press, critics swearing they were left guessing who the murderer was till the last minute and reeling from surprise at the riveting climax of the play. However, do modern audiences, having grown up in a generation of suspense films and for whom the genre is anything but avant garde, experience that similar transcendental effect? Perhaps not.

Yet plenty that is good can be said of the production. It takes a perfectly ordinary situation, a group of travellers staying at a small lodge in wintry England, and weaves a masterful plot of suspense involving a homicidal serial killer, three victims and an authoritative police inspector. The sheer believability of the circumstances confronted by the characters draws one deeply into the plot and before one is aware, Christie’s tapestry of interlocking stories and intense scenes fuel the play on.

The cast as a whole is commendable but on this particular performance, one cannot help but lament the low standard of acting of the male lead - the energetic and commanding police officer, Detective Trotter.  Sir Richard Attenborough, who cut his teeth on the role in the original production, remains a stage legend the modern actors are unable to surpass and the rendering of Trotter is uneven, at best.  Amongst the other characters, the actors playing Mr Paravicini, an enigmatic foreigner with dubious motives, and Miss Casewell, a seemingly tough woman masking a fragile girl, stand out and deliver competent performances.

After more than half a century, Christie’s script has to be applauded for containing a fair share of laughs and memorable lines.  The chilling refrain of “three blind mice” still evokes a feeling of unease and the antics of the camp Christopher Wren and grouchy Mrs Boyle continue to evoke laughs. And one cannot deny, the climax still makes for very good theatre indeed.

Peter Byrne's production combines deft comic timing and delightful dramatic irony, allowing the plot to flow smoothly and keeping the audience constantly entertained. Indeed, The Mousetrap remains a perfect example of English theatre as it should be and for this reason alone, should continue to receive its legion of eager theatergoers for many years to come.  Go it see and become a part of theatre history.