Teater Ekamatra is on a bleak streak. Earlier this year, Artistic Director Mohd Fared Jainal gave us a Malay version of Haresh Sharma's Hope - a portrait of people in devastating circumstances that leave them with no way out. Now, veteran thespian Aidli 'Alin' Mosbit directs a revival of her play Main², commissioned for the Esplanade's inaugural Pesta Raya in 2002, which chronicles the lives of those at the fringes of society.

Six individuals straddle a strange void between life and death. They spend their time playing games, telling stories and generally enjoying each other's company. Through a series of flashbacks and conversations, it becomes apparent that each one of them bears physical or emotional scars and this no man's land is a sanctuary from the troubles they battled in their former lives. As Hari Raya Puasa beckons, they look forward a trip back home to visit loved ones. 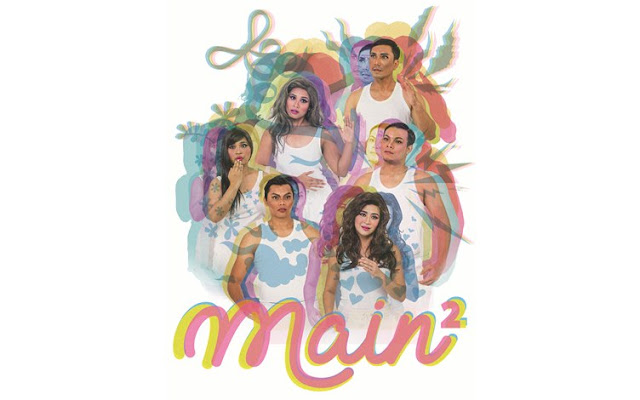 These characters include Syaiful (Hatta bin Said), a man constantly belittled by his career-driven wife, insouciant skirt-chaser Adam (Farez Najid) who is happiest when speeding on his motorcycle with a pretty girl, the beautifully tragic Junita (Farhana M Noor) who silently endures her husband's sexual proclivities and child-like, guitar-strumming misfit Nina (Suhaili Safari).

Alin does not shy away from confronting thorny matters such as drugs, violence and extra-marital relationships which do not always get spoken about in the Malay community. The play even touches on the controversial topic of incest through Nina who reveals having had numerous childhood sexual encounters with her father, leaving her incapable of understanding true love. We see how these issues can easily spiral out of control, causing irreparable damage to those caught up in their wake.


The title refers to the act of playing and alludes to a carefree attitude of simply pursuing one's desires and having fun. Alin underscores this idea of play throughout the narrative. As we enter the theatre, we see the characters engrossed in a series of engaging, child-like games. Akbar Syadiq's candy-coloured set, which involves a swing, slide and see-saw, acts as a literal playground for them to lose themselves in another world. The touches however go a little too far: Foo Ai Wei's fussy, whimsical costumes and Lim Woan Wen's liberal washes of coloured light strike one as unnecessarily theatrical.

Part of the play's strength is its ability to navigate the thin line between comedy and tragedy while keeping things from getting too bleak. Indeed, it's a testament to Alin's empathetic approach to the text that we emerge cheered by the vivacity of these character's lives instead of being depressed by their deaths. Munah Bagharib is magnetic as call girl Asha who describes her wish to end her life looking beautiful, even to the extent of planning the perfect, glamorous suicide. Al-Matin Yatim tugs at the heartstrings as Daud, a serial drug abuser who falls off a ledge while trying to get into his high-rise flat, the only thought on his mind being his mother's crab curry sitting on the stove.


At nearly two hours, the narrative tends to outstay its welcome and we get large chunks of dialogue towards the end as each character recounts the circumstances that led to their respective deaths. Nonetheless, the energetic and talented ensemble - a mix of seasoned stars and fresh faces - play off each other well and keep us invested in their characters. The audience is seated on three sides of the Esplanade Theatre Studio (a configuration which should be used more often), allowing for an intimate encounter that places us much closer to the action. Highlights of the performance include a kooky gameshow to find Nina a husband and a camp royal court sequence ripe with double entendres.

Main² is a keenly observed and enduring social drama about the Malay community that holds up well fifteen years after it was written. It reminds us, ultimately, of the beauty that lies behind life's bleakness and importance of finding happiness in this messy game we call life.