David Ives' sizzling Venus in Fur took Broadway by storm in 2011 and this pitch-perfect production by the SRT, helmed by New York-based Indonesian director Ed Sylvanus Iskandar, looks set to do the same here. Ives has crafted a taut, nuanced and exquisitely layered two-hander that whisks us between the present world of the characters and the period setting of the play-within-the-play. 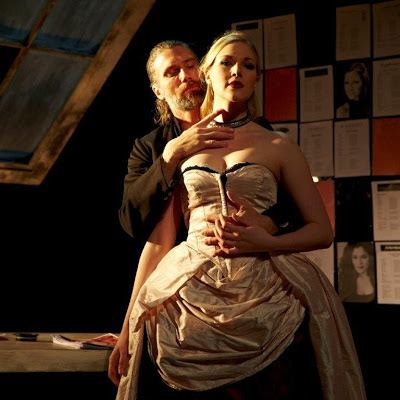 Indeed, so mesmerizing is Leigh's performance that she very nearly steals the thunder from film and television star Anson Mount. Part of this is simply because Vanda is a creature of such bewitching physicality that Thomas almost functions as a prop for her to work around. Mount nonetheless excels in conveying a quiet awe at this sprightly force of nature that has accosted him out of the blue and who slowly, sensuously strips away his poised and confident façade.

A central theme of Venus in Fur is the politics of sex and the age-old image of the subjugated woman who finds herself at the mercy of a man. Ives subverts this sexual dialectic ever so subtly over the course of the play. Thomas and Vanda start off with fairly innocuous play-acting where he's basically telling her what to do, but before long, Thomas has relinquished his clothes and his freedom and is being forced to quite literally eat his own words. The final scene sees the two realities of the play finally colliding: Vanda has become the embodiment of the fur-cloaked Venus of Sacher-Masoch's novella while Thomas is forced to confront the root of his sexual predilections, reduced once again to the pathetic child who was so mercilessly caned by his fur-cloaked aunt. 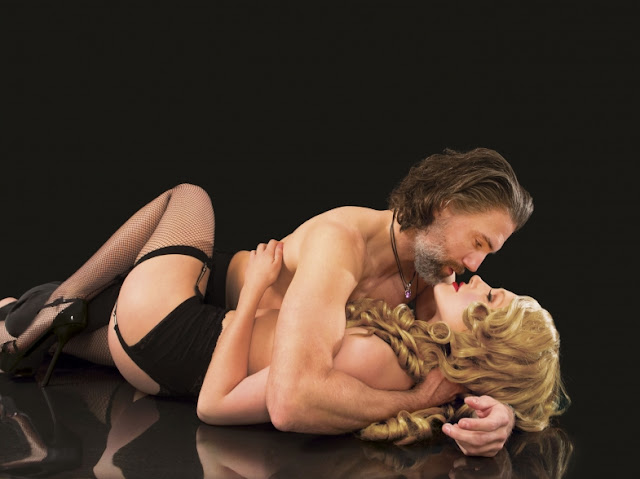 In a play where the balance of power ricochets back and forth with such dizzying intensity, Iskandar does a great job of modulating the pace and keeping the sparks flying between the characters. He is also alive to the abundant comedy in Ives's writing, amusing wordplay being a great device to cut through the sexual tension. "I guess you wanted it ambivalent", Vanda says of a line she can't get right. "Ambiguous", Thomas corrects her.

On the technical side, production designer Frances O'Connor conjures up a cosy and impressive set whose centrepiece is a wall full of headshots and resumes of actresses, superimposed with an image of seductively-lashed eyes keeping watch over the action. I wasn't a fan of the strobe lighting in the opening and closing sequences but kudos to Jeffrey Yue on the sound design – the use of Dario Marianelli's opening track from the film Atonement with its haunting typewriter clack is a great way to build up the suspense at the start of the play and hint at the secret life of the writer.

Venus in Fur is a terrific start to SRT's 20th anniversary season and this is likely to be one of the most memorable plays you'll catch this year. Get yourself tickets before it ends its limited three-week run. And ditch that copy of Fifty Shades of Grey; this steamy couple deserves to be seen in the flesh.