Ever noticed that Malay girl on the MRT? Ever wondered what her life was like? Haresh Sharma's latest play, a tender and nuanced monodrama performed by the brilliant Siti Khalijah Zainal and directed by Alvin Tan, gives us a little glimpse into her world.

It's rare these days to have a theatre performance without the requisite cocktail of sets, lights, sound and multimedia effects. Best Of is a refreshing return to the basics of storytelling: it offers us nothing more than one character sitting on a chair, telling us about a day in her life. There are elements to this tale that we've all heard of: the academically underacheiving Malay schoolgirl, a marriage quietly disintegrating, the gang-member cousin in jail for petty vandalism and candid observations about racism in modern Singapore. However, Best Of delves deeper and explores themes that have not been aired very often. In particular, we learn about divorce under Syariah law from the perspective of a woman and concepts of life and the afterlife held by members of the Malay-Muslim community. 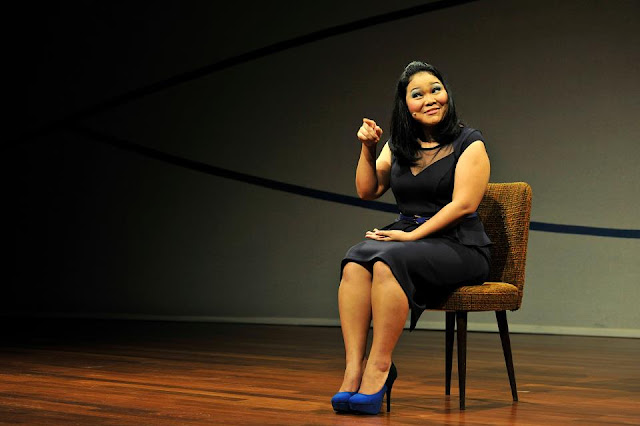 Siti does a magnificent job in keeping the audience captivated throughout this demanding performance. Even though the story itself is only part autobiographical and partly culled from various interviews conducted by Sharma, it is a true testament to Siti's skill that some people were left wondering if the play was just a no-holds-barred confessional by the actress. The stream of consciousness narrative flows smoothly and is both amusing and bittersweet. Yet, there is some drag even at sixty minutes. While I enjoyed the unconventional starting point of a prison visit, the sudden revelation of the character's mother having cancer felt unnecessarily maudlin; surely one did not need to hear about pitiful chemotherapy sessions to feel empathy for this simple girl who just wants to stand up for herself.

Best Of succeeds in glorifying the overlooked, in painting a portrait of a somewhat peripheral figure in our society and making her life every bit as relevant, significant and unique as the other glittering examples we may be led to venerate. Its broad brushstrokes and vivid colours may occasionally overwhelm but we are left with a picture we cannot help but admire.