There's a dreadful homogeneity that attracts public schools in England and Julian Mitchell's 1981 play, famously adapted into a 1984 film starring a young Rupert Everett and Colin Firth, remains a harsh reminder of the polarising effects of a world of privilege.

The setting is a fictional boys' public school in 1930s England and the spotlight is on two particular misfits: the suave, flighty and openly gay Bennett (Rob Callender) and the serious, academically-inclined Judd (Will Attenborough), whose Marxist views fly in the face of the wealth that confronts him. 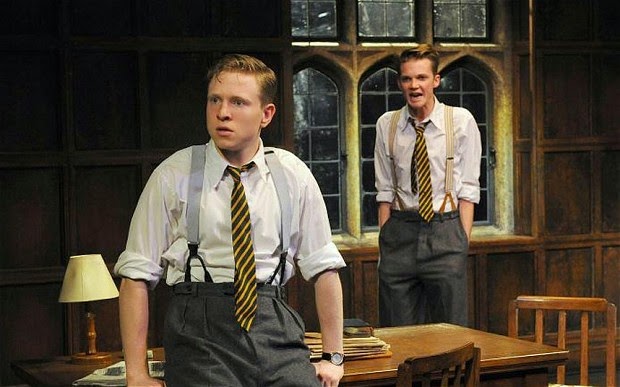 Mitchell's theme is that English public schools were a prime breeding ground for the so-called generation of 'Cambridge spies' who betrayed their country during the war. The character of Judd certainly leaves us in no doubt that he would turn against the moneyed establishment he opposes. Even the carefree Bennett is quietly pulled away from apathy at the hypocrisy of the people he is surrounded with at school and the gradual realization that he will always be excluded from the world he desires to be a part of. Indeed, the homosexuality that causes a student to commit suicide early in the play is revealed to be tacitly accepted as a way of life by many of the students, despite the official line that such actions are to be condemned.

Another Country is also a sentimental study about friendships forged in a home away from home and the codes and rituals so common in public schools. There is a tender moment when Judd comforts a tearful junior rattled at the death of a fellow student, reminding us that many students look up to their seniors as role models and surrogate parents in the unfamiliar and often harsh boarding school environment. In an equally gripping sequence, the harsh strokes of Bennett being caned sound out, reminding us of the realities of corporal punishment for misdemeanours. 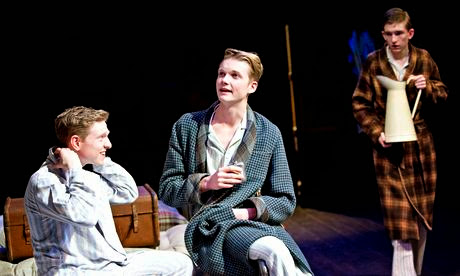 Jeremy Herrin’s production, a Chichester Festival Theatre transfer, is buoyed by a young and energetic cast. Callender in particular turns in a superb performance as Bennett, bringing a perfect mix of sexy nonchalance and rakish charm that keeps one's eyes on him throughout his scenes. Attenborough provides an earnest though somewhat plodding presence as Judd with his constant devotion to books. There is also fantastic support by Julian Wadham as a flamboyant visiting academic.

Peter McKintosh’s wooden set - which easily converts into a dormitory, office and cricket field - conveys the grandeur and tradition that comes with a venerable institution and the production is sensitively lit by Paul Pyant. We are reminded as ever of the pull of the outside world intruding upon the little space created by these individuals as they navigate their nascent ideological battles.