Rupert Goold's Chichester Festival Theatre production of Macbeth transfers to the West End this autumn and remains a veritable feast for the senses, brilliantly retelling this classic Shakespearean tragedy in a fresh and chilling manner.

Goold relocates his Macbeth to a Soviet state with a WW2 backdrop and we are instantly greeted by Anthony Ward's set of grimy white walls and drab grey floors. A television set displays a multitude of war scenes that periodically flash across the entire stage. Characters burst onto the stage in military uniform with such frightening vitality that it takes a moment to realize that the play has begun.

From the very start, a grim picture of suffering and torture is painted as the scenes effortlessly blend into each other, from military hospital to castle kitchen to clambering train. The lighting and sound designs are brilliantly executed and as our senses are assaulted by the visual and aural spectacle before us, we realize how terrifying this tale of "vaulting ambition" can be, bringing out the worst of human nature.

The Weird Sisters, so often portrayed as nothing more than witch-like hags, appear in identical nun's habits in a variety of small roles.  At the start of the play, they are seen as nurses in a military hospital trying to revive an injured man (killing him off eventually); they appear again as servants preparing food in Macbeth's castle.  This admixture of the natural and unnatural is ghastly and remains with us as they lurk in the background of many other scenes, creating a chilling omnipresence and true sense of foreboding.

Patrick Stewart rightly steals the show in the title role and is an intensely authoritative and ruthless leader. He snatches food from the hungry Fleance, calmly devours a sandwich on stage while offering a mere morsel to his watching servants and forces his men alternately between bouts of petrified submission and raucous laughter during a banquet. Once he overcomes his scruples about killing Duncan, he blazes through a trail of bloodshed with no qualms and descends into the madness of unbridled power - a terrifying spectacle to the maxim 'All power corrupts; absolute power corrupts absolutely'.

Lady Macbeth, played by Kate Fleetwood, is calculated and remorseless; she goads her husband to murder the King with vehemence and emerges from Duncan's deathbed trance-like with her hands bathed in blood, calmly announcing that "A little water clears us of this deed". Yet she is quickly plagued by guilt and retires to the backdrop in the latter half of the play in a stupor of insanity. It is perhaps lamentable that her conniving character is not always convincing; she fails to arrest us with her powerful "unsex me here" soliloquy and does not seem to equal her husband as emotional and psychological ballast as superbly as Judi Dench was to Ian McKellen in the highly celebrated Trevor Nunn production of Macbeth. 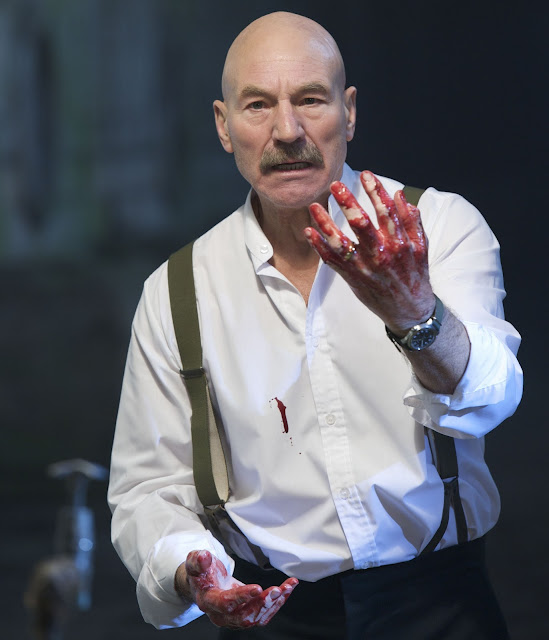 Goold is a masterful director and we are continually enthralled by the inventiveness of scenes he has up his sleeve. Interspersed within the three-hour play are a musical number, a dance sequence, a piano recital and even a rap by the Weird Sisters that is as amusing as it is unnerving.

What this production of Macbeth best achieves is bringing out the complexity of its characters. Duncan is not merely a benign and benevolent monarch, he appears callous and brusque as he orders torture to those who go against him; Malcolm's doubts about ascending the throne make us wonder if he really would have been the best person to succeed his father; Macduff comes across as being vengeful and bloodthirsty in his quest against Macbeth rather than an arbiter of justice. Even Macbeth, at his most dastardly, arrests us with the lucidity of his emotions and his truly fractured soul: a man caught hopelessly in a sea of blood that he cannot escape from.

Indeed, the Weird Sisters' haunting refrain "fair is foul, and foul is fair" rings true in more ways than one, for this Macbeth highlights how nothing is merely black and white; there are splotches of grey everywhere.

*This review appeared in The Beaver, the LSE student newspaper (Issue 668).